Off the beaten track series.

For those who like to experience the real Cornwall,  we  bring you our “off the beaten track series”   which is a daily email bulletin of things to do off the normal Cornish tourist trail that is sent to the many 1000’s of Kenegie Manor website subscribers.

Late September and October are fantastic times to visit West Cornwall and there is still plenty to see and do ! 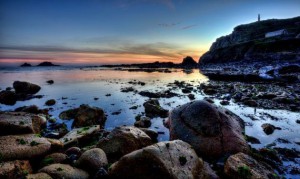 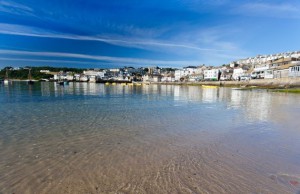 West Cornwall is well known for its famous hot spots such as Newquay and St Ives but visitors who head off the beaten track will be rewarded with boutique restaurants, tales of smugglers, giants and ghosts, and unrivalled hospitality.

Check out our list of things to do away from the normal Cornish tourist trail.

For enthusiastic walkers try the Tinners Way –  an ancient 18 mile (29Km) trail from St Ives to Cape Cornwall in St Just. The walk takes in everything that is quintessentially West Penwith, starting on the rugged north coast and heading inland across high moor which has traces of human settlement dating back to prehistoric times. Along the way there are in the region of 20 ancient sites including stone circles, quoits and menhirs.

The origins of the track are probably Bronze Age. At that time much of the peninsula would have been covered in woodland so routes between various settlements would have taken the more open higher ground. Over the years the route became so established as to leave an impression on the landscape. The path’s importance was further consolidated during the mining boom of the 18th and 19th century when supplies and ore would have been transported back and forth between areas such as Pendeen and Botallack and the harbour in Hayle.

After that you may like to try Cape Cornwall to Sennen following the Coastal Path.  Quite the most beautiful scenery in Cornwall (arguably) and one of our best beaches at the end of the walk.  At Sennen you can grab a pasty or an ice cream, or have a sit down meal in the fantastic restaurant overlooking the sea.

Later this week we will tell you all about Gwennap Pit, the open air amphitheatre, near Redruth, only about 20minutes drive from Kenegie Manor.

If you would like to find out more “off the beaten track” places to see and visit in West Cornwall please subscribe to our website for updates. (don’t panic you can opt out any time and we NEVER ever share your email !)

FREE Holiday with Confidence Guarantee Cover on ALL 2021/2022 bookings

KENEGIE MANOR – THE ONLY REMAINING AVAILABILITY FOR THE 2021 SEASON

Short Breaks from only £129