You certainly won’t be short of things to do in Cornwall in 2022, with the county’s events diary bursting at the seams. From country fairs and gig racing championships to cultural celebrations and major music festivals, there’s so much going on in Cornwall.

From our Penzance holiday park, you can see it all. We are located only a short distance from some of those must-see events. From the start of the season, right through until November, there are so many things to do in Cornwall.

To help you decide where and what you should go and see, we’ve put together a list of our top things to do in Cornwall in 2022. 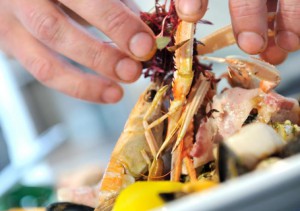 Porthleven Food Festival is a  3-day festival of food, drink and music. Well established in the counties event calendar, the Festival is home to national and international chefs theatre, food stalls, street food, music and entertainment for all! 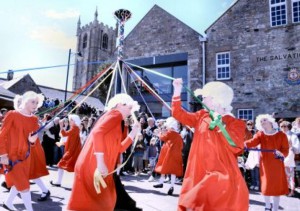 Padstow May Day (or Obby Oss as it is known locally) is the biggest day in the town’s calendar and attracts around 30,000 people to the town. The origins of the Obby Oss are numerous. Some say the celebration has its roots in pagan times, others that it’s a rain maker, a fertility symbol, a deterrent to a possible landing by the French some centuries ago or perhaps a welcome to the summer. Whatever its true origins may be, we can say for sure that it is quite a spectacle and well worth making the trip to see…

The famous Flora Day celebration in Helston is believed to be pre-Christian and at one time during the Victorian era was banned as being “a drunken revelry.” Dancing begins at 7am. You’ll probably have to park outside the town and walk in as thousands of visitors pack the streets all day to watch the dances. During the day the main street and down towards the boating lake buzzes with many stalls selling local souvenirs, Cornish crafts and food and a big fairground and there’s a carnival atmosphere from dawn to well into the night.

Taking place in various locations in Fowey, Cornwall’s premier literary festival will once again feature a diverse range of authors, speakers, musicians, and artists. Organised by the du Maurier Festival Society, it is staged in the beautiful riverside town of Fowey, which was home to Daphne du Maurier and Sir Arthur Quiller-Couch and also asociated with Wind in the Willows author Kenneth Grahame. 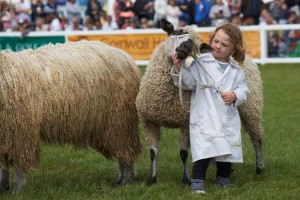 No visit to Cornwall in early June is complete without a trip to the Royal Cornwall Show. Cornwall’s flagship event since 1793, the RCS gives a fantastic glimpse into Cornish life, with livestock judging, flowers, food, arts, crafts and hundreds of trade stands to visit.

Do you like your entertainment with a maritime theme? Do you love live music and singing? Then the Falmouth International Sea Shanty Festival is for you! This event is a great way to soak up the true atmosphere of Falmouth’s seafaring past with performances by dozens of groups from all over the UK and beyond.

If you enjoy words, whether it be in the written or spoken form then head on over to Penzance for the town’s annual Literary Festival.

Stithians Agricultural Show is an extremely popular event in mid Cornwall, and is akin to a mini Royal Cornwall Show. Shining a light on rural life in Cornwall, there’s also musical entertainment, food courts, craft stalls, a fairground, and animals of all sorts including rare breeds, a dog show and dog agility & agility exhibitions, equestrian events – a full day out for the whole family.

Go behind the scenes of the Royal Navy’s Flying Force at RNAS Culdrose Air Day in Helston. Experience the sights, sounds and smells of a working military Naval Air Station. 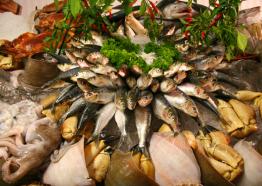 Falmouth Week, taking place in mid August, has grown into the largest sailing regatta in the south west with more than 450 yachts racing over eight days, and a lively programme of shoreside events.

Boardmasters is a spectacular 5-day event that takes place along the coast of Newquay. Holding the famous international Surf Competition and huge live music event. Watergate Bay plays host to 7 stages which played host to a huge array of performers from bastille, Ed Sheeran, Calvin Harris and more!

Fowey Regatta and Carnival Week is regarded as one of the best local regattas in the country, with a fun-filled week of events for all the family. Events include a midweek Carnival, Red Arrows display and a spectacular firework display over the harbour.

For more information on all these things to do in Cornwall, and dozens more besides, check out Visit Cornwall’s What’s On guide.

FREE Holiday with Confidence Guarantee Cover on ALL 2022 bookings 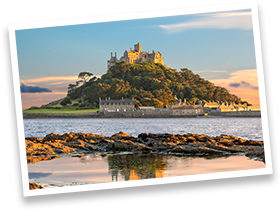 Get ready to explore!

Take a journey through the remote and wild landscape of West Cornwall and experience a region that is made for exploring. Visit the iconic St Michael’s Mount, Land’s End or take in the awe-inspiring beauty of the Lizard Peninsula.